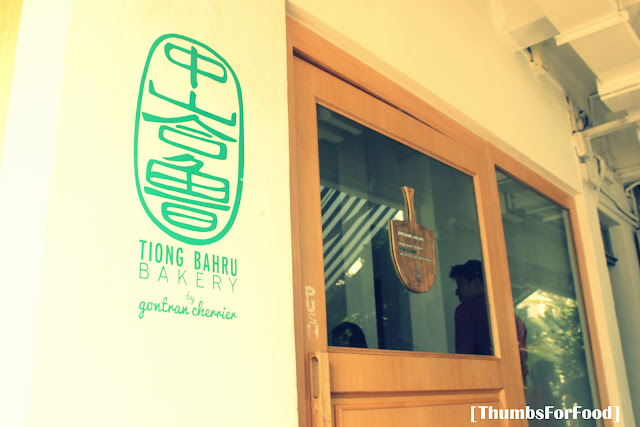 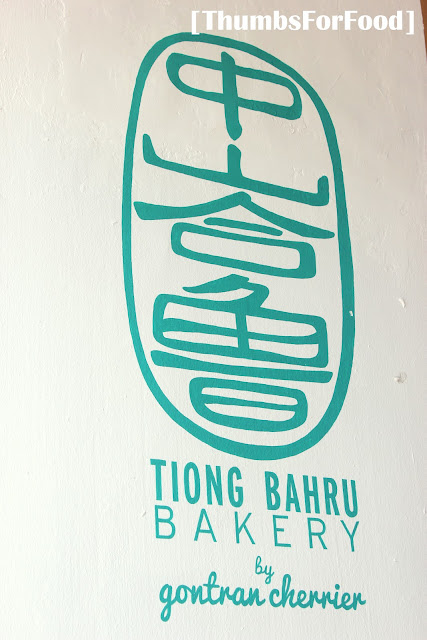 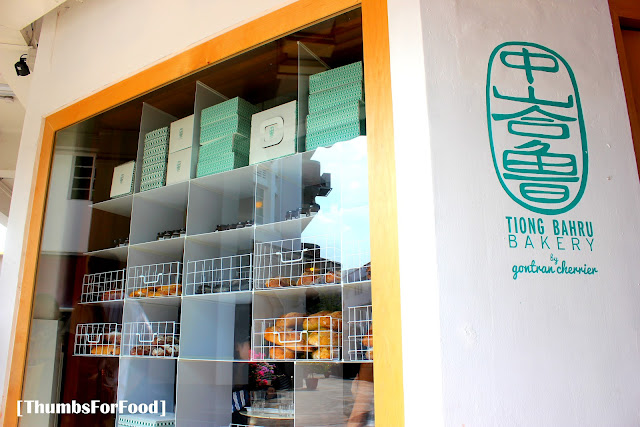 As we were there at about 3pm, we had tea time. So, we did not try the sandwiches or buns that were more filling. As expected, there was a queue at that time and we had to wait for about 10 minutes for a seat. The cafe is pretty small, so expect that you won't have much private space to yourself as you would probably be an arm's length away from the patron on the next table.
We ordered a tart and a croissant to share!
The Mandarin Orange and pomegranate tart ($6) was sour generally, with a little sweetness in the centre of the tart. The crust appealed to me as I like the texture and fragrance of it. I feel what could be improved is the hardness of the crust. The crust is way too hard for me to cut through with a fork, we literally stabbed at it. I would definitely try the other tarts in future as they all look so appealing. 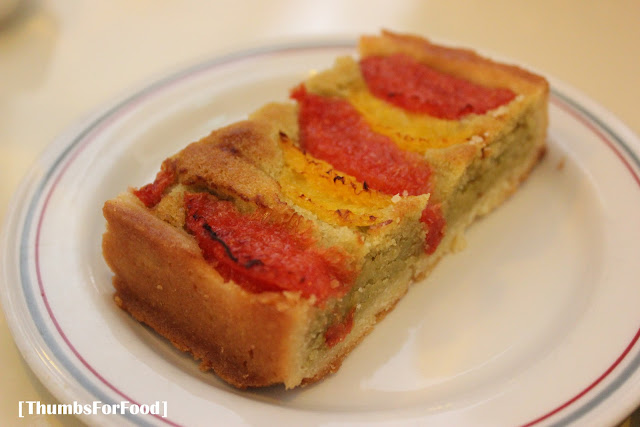 Yes, the best seller and the star of the bakery would be the Croissant. The Plain Croissant ($2.80), is said to be of the best in town. And I got to say, it really is the best I have eaten so far! When served hot straight from the oven, the outer layer is crisp and fragrant while the inner layers are soft and fluffy. I was initially skeptical of how tasty and different croissants could be. But, this one really blew me away! 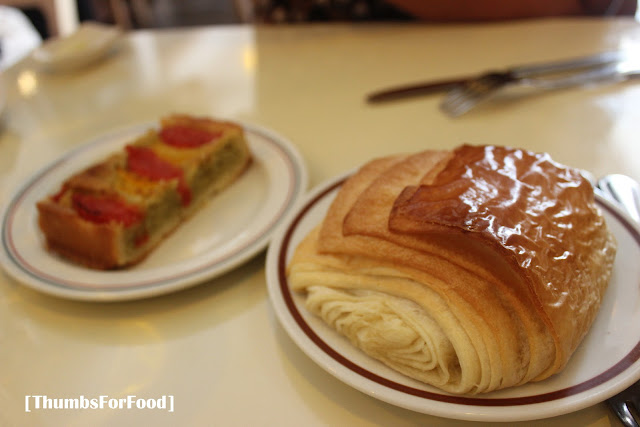 If you would like some butter and jam to go with your bread, it is free flow and self-service at the side counter. All cutlery and iced water are also self-service and available at the side counter.
Tiong Bahru Bakery collaborates with the minds behind Forty Hands, so their coffee is aromatic and of specialty. They provide an array of coffee from Long Black to Magic. And personally, I am in love with their Magic (about $5). It is just simply mind-blowing awesome coffee. What's more is that the coffee art is pretty too! Combination of coffee and bread is perfect for tea time. 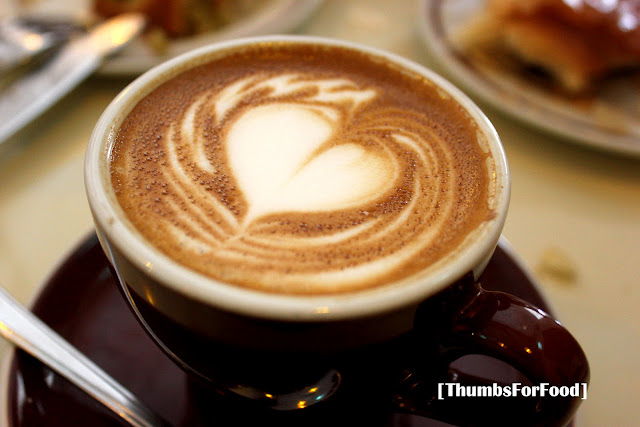 Recently, they opened a new branch in Raffles Place. And yes, I have tried the buns like the squid ink buns and other desserts from them. I would love to review the other breads and pastries soon, so look out for it!
Overall,
our rating: 8/10
Must Tries: Original Croissant, Magic Coffee
The croissant is just too wonderful to be missed and thus the rating! If you are around the area, do pop by and takeaway some croissants for they are simply worthy of your try! They have a new branch at Raffles Place. Check it our here!
56 Eng Hoon Street
#01-70
6220 3430
Open daily except on Tuesdays from 8am to 8pm.