It seems that we have not reviewed any Korean restaurants yet. Well, that’s not because we don’t like Korean Food. Instead, we do enjoy Korean Cuisine. So, do look out for more Korean food reviews!

We bought a Groupon deal for $50 for food worth $100 of food at Boss BarbQ to try out the food there! Boss BarbQ is actually a contemporary K-Pop and K-Bar, featuring grilled Korean dishes. It is actually an established franchise store from Korea.


While you are waiting for your food to be served, K-pop MTVs featuring famous K-pop songs will be played on-screen to entertain you.

The menu features many dishes from grilled to fried chicken to many other Korean authentic dishes.


Take note that there is 15% off Citibank credit card promotions, that is not valid with other discounts or promotions.


DO TAKE NOTE! Side dishes are priced at $3 a set. And they are only refillable one time. This is quite disappointing as we had previously visited other Korean restaurants that serve free flow side dishes that are not charged to the bill. Kimchi is like an essential to Korean food, thus, I feel that it should be given free flow for customers to consume. Well, I quite like the taste of the sides but just that portion is too small and lacking variety.

Drinks are also charged (except Iced Water)! But well, the barley tea is free-flow at a charge of $2 per pax. We notice that these charges were not told to us when they asked us whether we would like to have them. I think it would be better for the restaurant to be more explicit in their prices because we saw one table  of patrons who were really shocked when they saw their bill for they didn't expect these charges to be incurred. Rice is also charged at $2 a bowl.

We tasted the recommended Fried Chicken ( about $38 for 16 pieces). We took a mix of Spicy ones and Original-flavored ones. Majority of us preferred the Original Fried Chicken because it was juicy and the meat was tender as it used the thigh of the chicken. It was not too oily as well and the batter was just right. On the other hand, the Spicy Fried chicken was dipped in Chili and sesame sauce. Frankly speaking, the spiciness level was too weak. I am not really good at eating spicy food, but, the sauce was indeed more sweet than spicy!

I think for the price of the chicken it is considered steep as it does not really have the WOW factor that I had expected.


Seafood Pancake ($28) was a recommendation by the waiter. It was quite a big portion and there was squid and some prawns. I guess the seafood pancake tasted quite normal. Really nothing very special from the ones I ate at other places. For $28, I think it is really overpriced and expensive. I think much can be improved since this is one of their signature dishes. 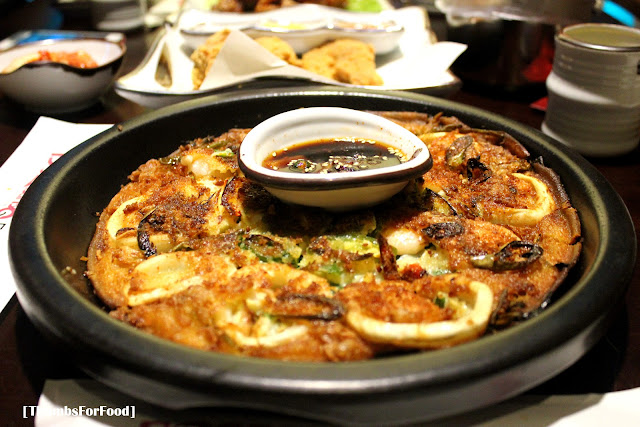 Lastly, we ordered Cheesy Spicy Chicken (about $38). The waiter warned us that it will be very spicy. However, I think it is really not too spicy. What was awesome was that the cheese was aplenty in the dish. Being cheese lovers, we enjoyed eating the cheese. Also, there is Dokbokki (Rice Cake) in the dish with the chicken. Quite yummy and big portion. 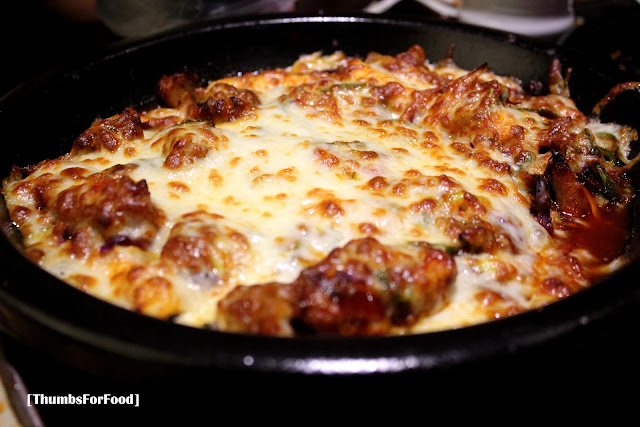 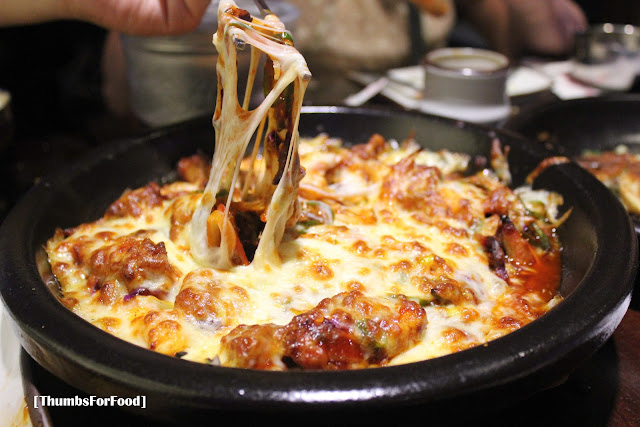 We concluded that the food served is nice and quite hearty in portion, but, the price is really steep for each dish! Without the Groupon voucher, I don't think I will return because we ate nicer Korean Food at other places priced at lower costs.

I remember walking pass Boss BarBQ on another night and saw the performance by a Korean girl group. Really, when the music played, the lights of the restaurant will also flicker, creating a disco-like ambience in the restaurant. It felt like a club with the music blasting. 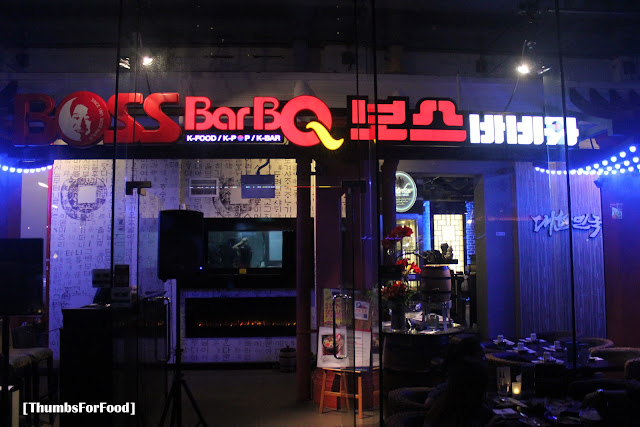 Overall, ambience is quite vibrant and noisy. Service wise, I wouldn't give too high a score because the waitress did not know much about the food when we asked her.

Have a good day,
Y