With the influx of new cafes in Singapore, it can get a bit tough to decide where to go head to next this weekend. I decided on Les Patisseries today as I have heard many positive reviews about this newly opened bakery cafe.

The cafe is quite accessible, only a 5 minutes walk away from Toa Payoh mrt station. We almost missed the cafe as the name of the cafe was not on the sign. So, be alert! 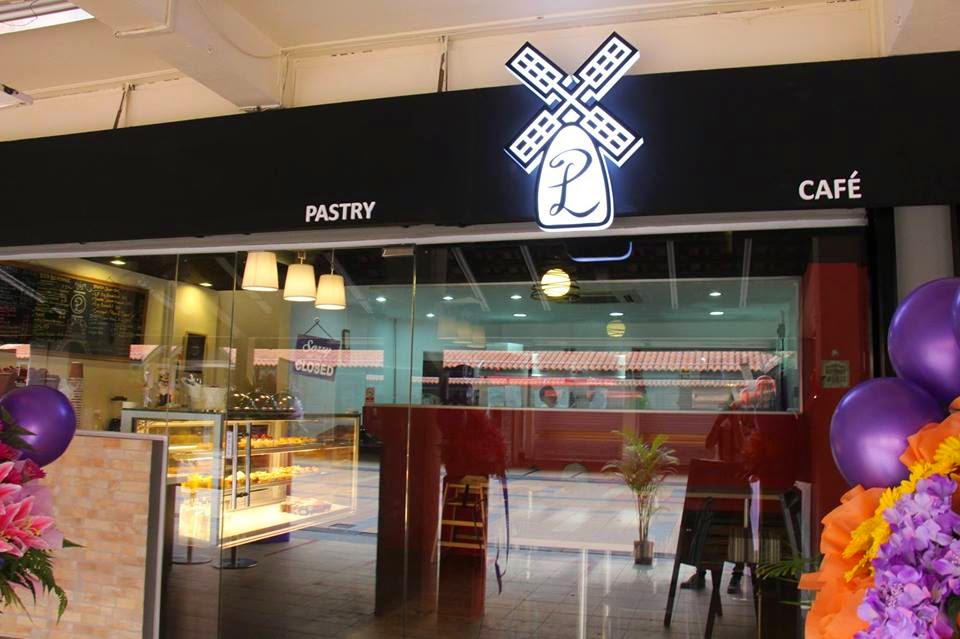 Les Patisseries means "pastries" in French, so I was pretty excited to try the pastries and bakes that they offer. However, I was rather disappointed to see that they did not have much choices available. I went at around 1230 in the afternoon so I guess that the bakes could not have been sold out right?

I decided to try the Dulcey Hazelnut Tart ($7.0) and the French Apple Tart ($5.0). My favourite would definitely be the Dulcey Hazelnut Tart. I have tried many tarts at other cafes and this may be one of the best tarts I have ever had in town. The tart is not too hard and the dulcey ganache was soft, sticky and not overly sweet. 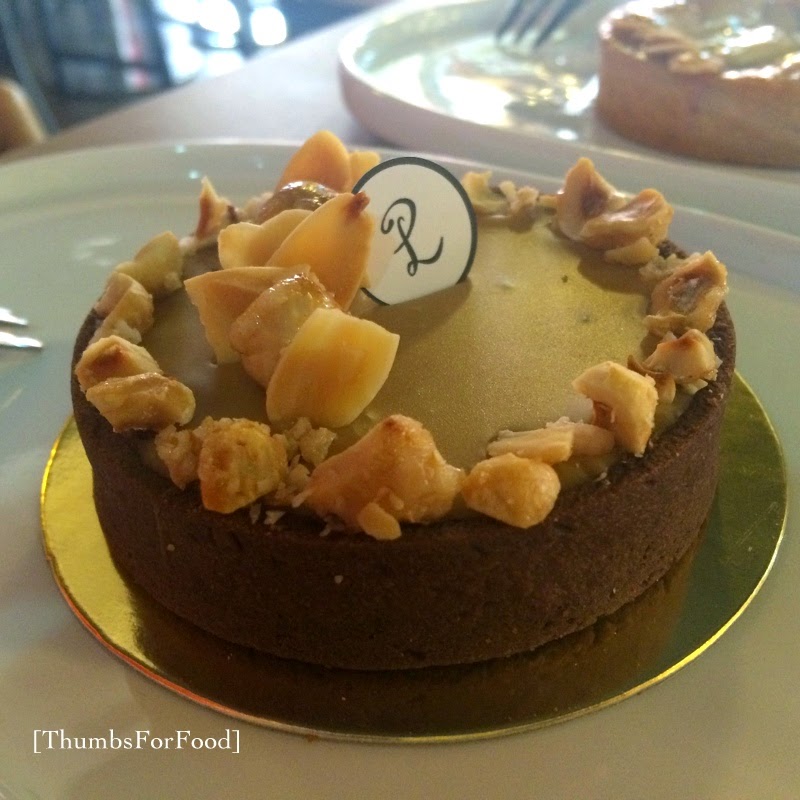 The French Apple Tart is a safe choice for people who wants to go for something simple. One good point about both tarts is that they are not too sweet. I could finish one whole tart by myself easily. 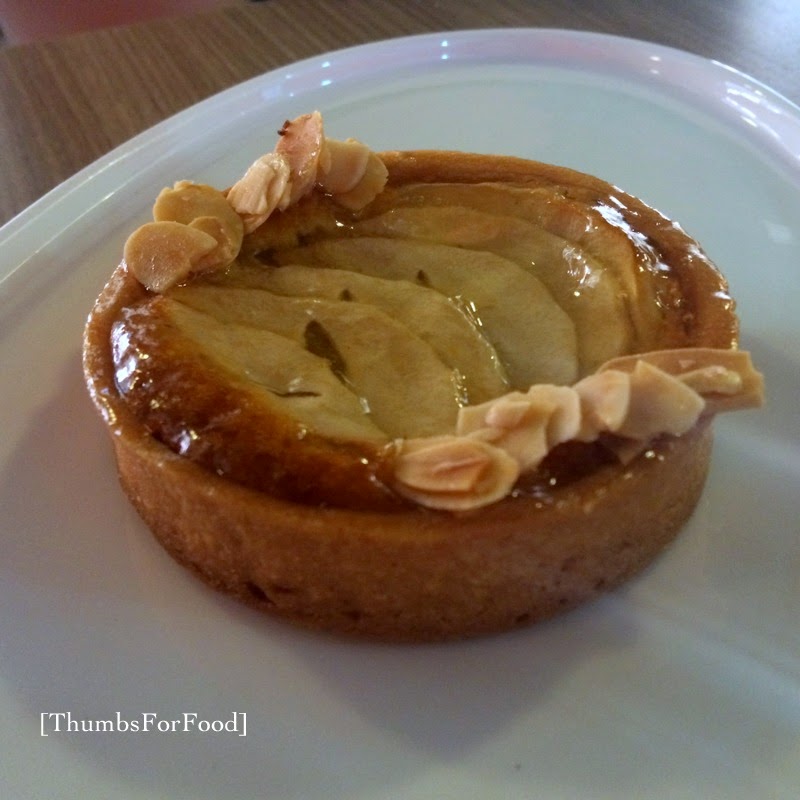 I also had a Flat White ($4.5) while my friend had a Iced Mocha ($6.5). Heard that they use the Pacamara blends for their coffee. I did not like my cup of coffee as I felt that it was a little too foamy and light. 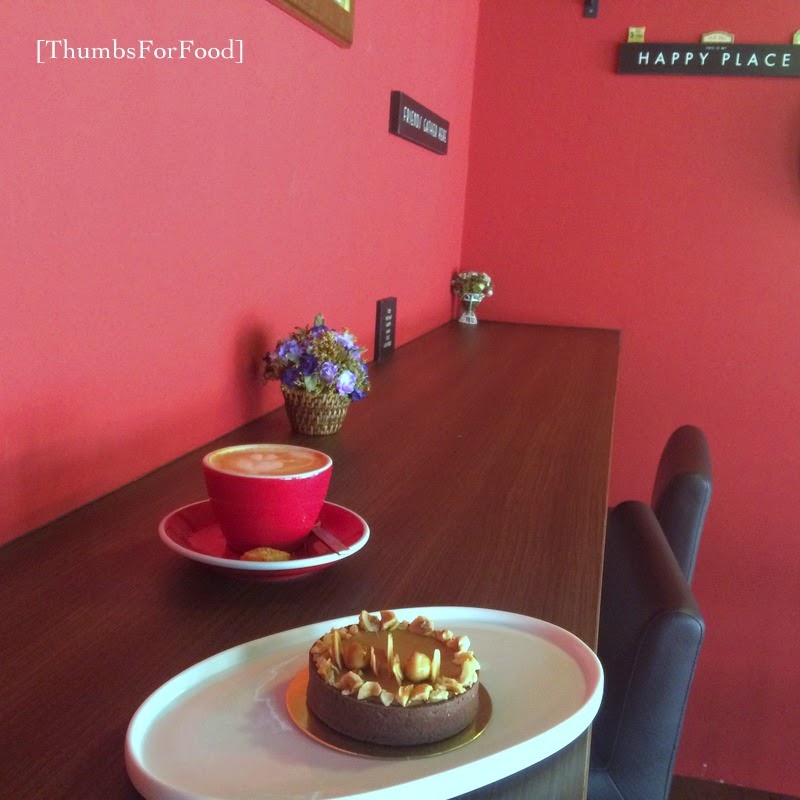 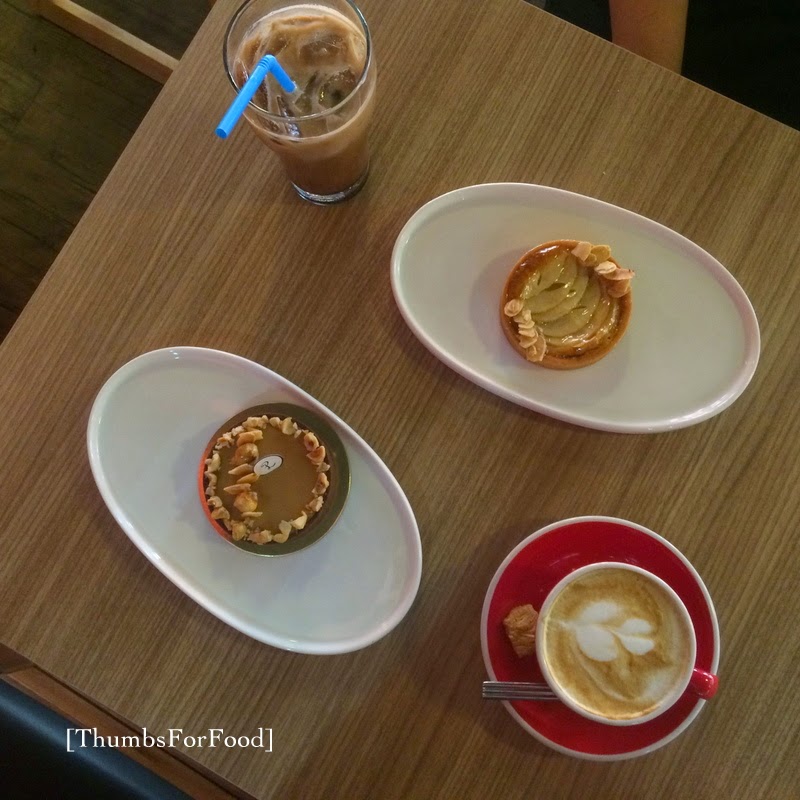 My friend had the Salmon Brunch Set. There are limited choices for the savory food items so if you are a picky eater, don't expect much from their brunch menu. But I wouldn't mind having this simple brunch set occasionally. What could possibly go wrong with smoked salmon, avocado and scrambled eggs? 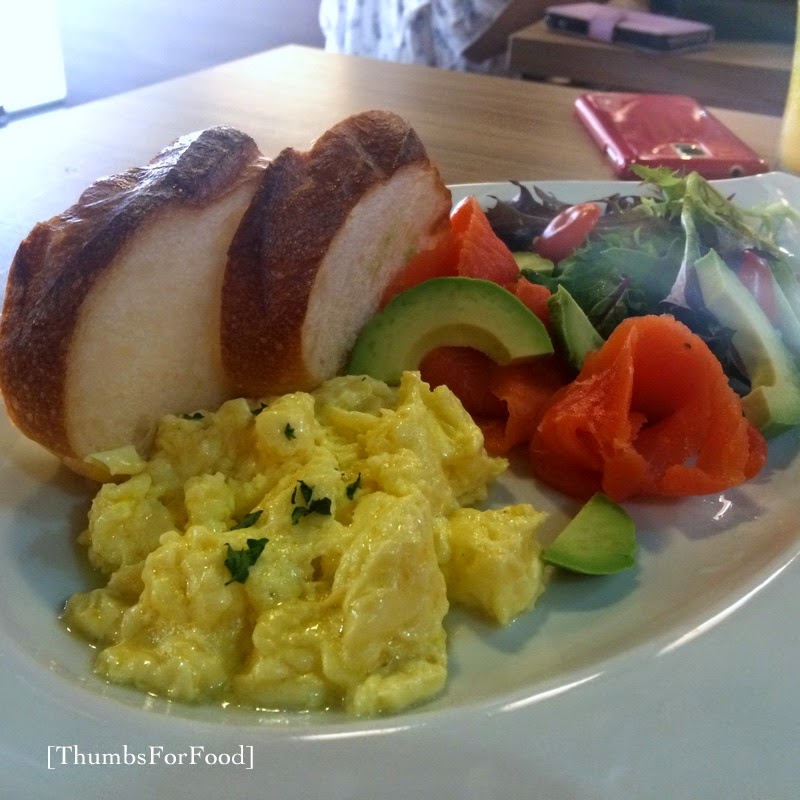 This bakery cafe reminds me of The Bakery Chef at Bukit Merah. For now, I would definitely prefer The Bakery Chef to Les Patisseries but I wouldn't mind going back to the latter to try more of their bakes!