Well, so I went down Holland Village looking for lunch deals again. I was really tempted to visit La Noona again but I decided that I should give a fair chance to its neighbour, Barossa. Barossa is an Australian-inspired bar and restaurant. It has two outlets in Singapore, one at Holland Village and the other at Esplanade. The business was relatively poor compared to La Noona, which was packed with people.

One plus point for Barossa is the nice and cosy feeling that the shop gave me once I stepped into it. I really like the decorations and the furniture too. Pretty nice place to chill with your friends in the evening! They serve up wine, champagnes, beers, shooters, mojitos, etc. 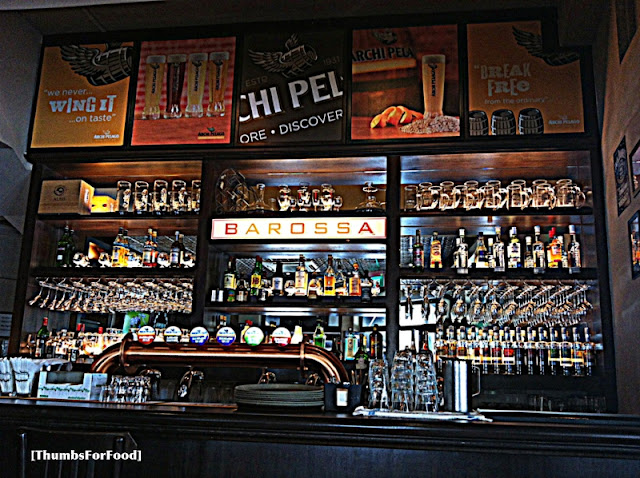 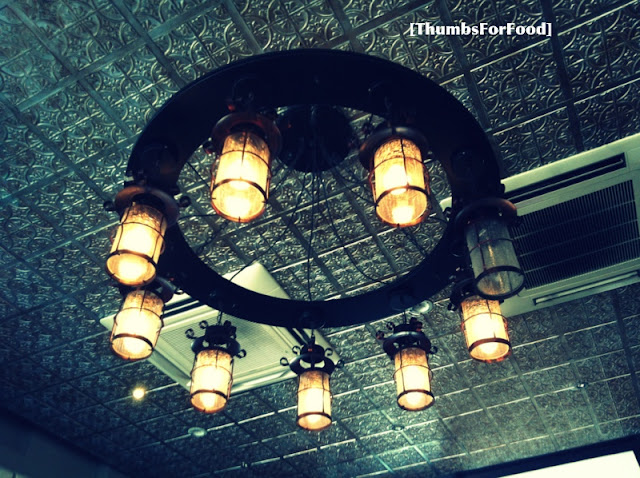 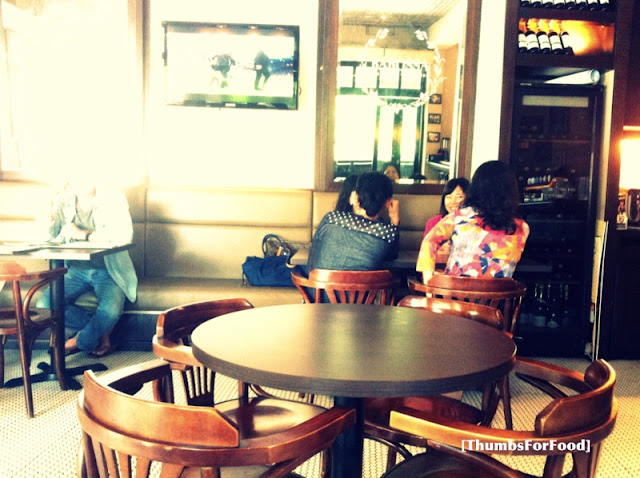 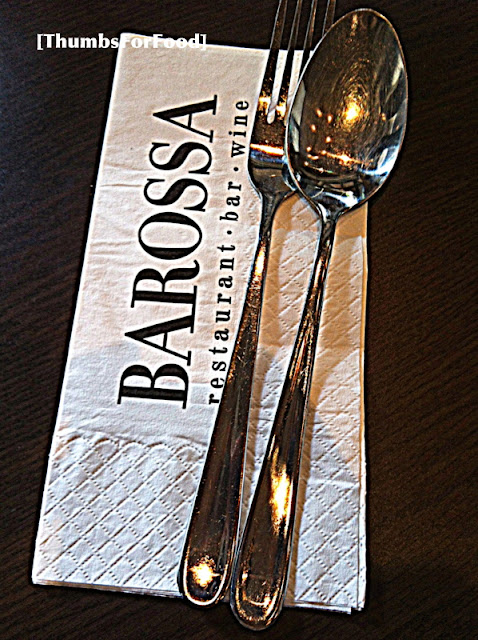 Did I forget to mention the most important part? Yes, there's 1-for-1 promotion during lunch for their pastas! I love pastas. Well, if I were to compare La Noona and Barossa, I would say that they serve up really different styles of pasta.

King Scallops Pasta $22. Juicy scallops sauteed with asparagus in thick spicy cream sauce toppled with fresh scallop leaves. The thick spicy cream sauce did not appeal to me so I did not choose this in the end. But, it was so delicious. I regretted my order as soon as I tried this. I can only say that the description does not really fit the actual taste. The sauce was not spicy but more to the salty side. The scallops were the bomb because they were rather generous with it. 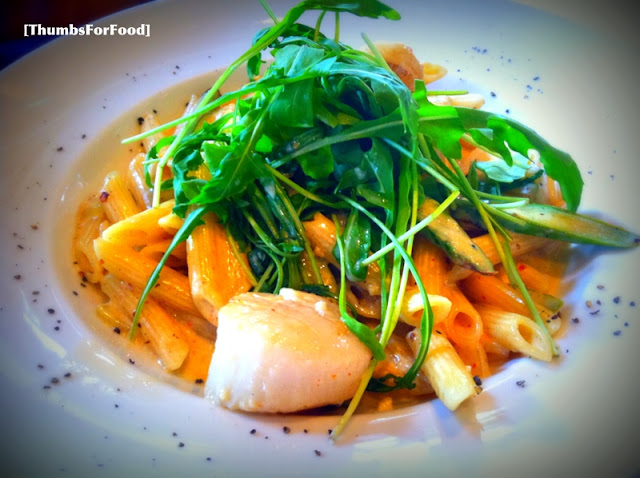 Garlic Prawn Pasta $22. Well, this was such a disappointment. Really ordinary but I like it that there  were a plenty of prawns. 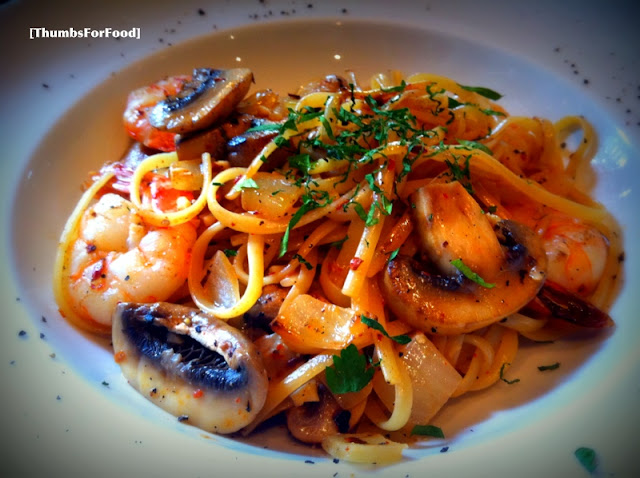 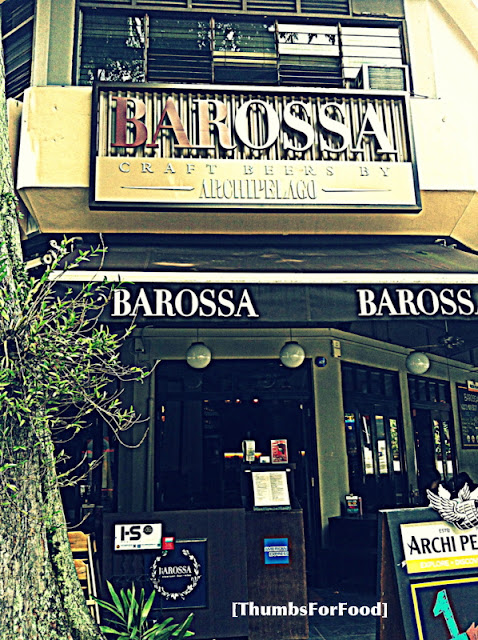 All in all, I think that the 1-for-1 lunch pastas are pretty worth a try! A bargain for the real deal [: However, La Noona definitely serves up better quality pasta. If you are looking for huge scallops and prawns, maybe Barossa will be the choice for you! But, do not expect too much of its taste!