After visiting the Harry Potter Exhibition at Art Science Museum, we were starved. Au Chocolat caught our attention as the restaurant's exterior looked attractive. We have also heard much about the desserts that they offer. As such, there we were! 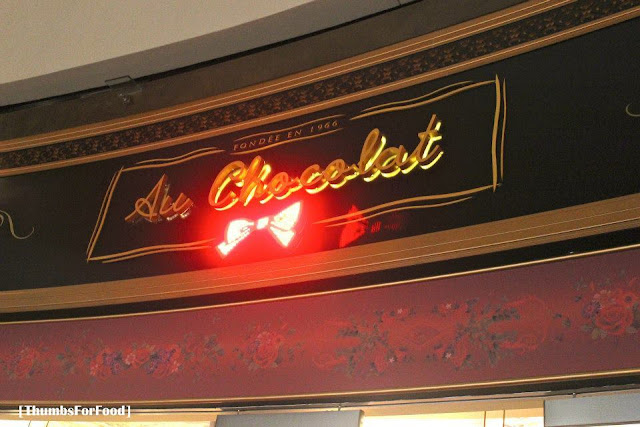 When we stepped into the restaurant, the thing that caught our interest was the mini chugging train that was travelling on the railway suspended above us. Do look out for this creative feature in the restaurant! 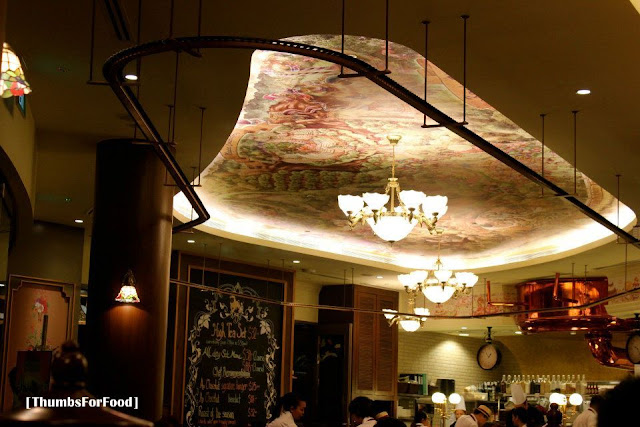 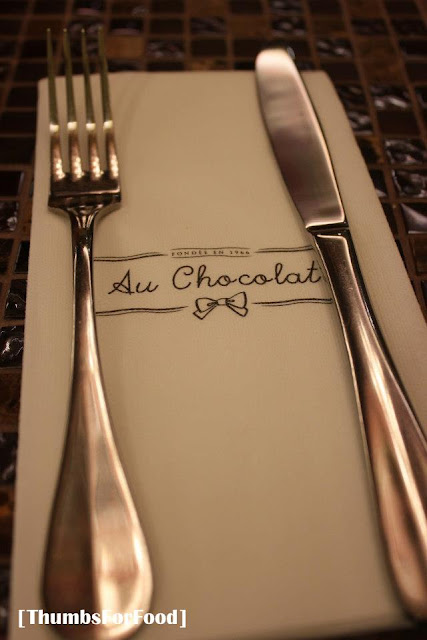 For dinner, they have a Theatre Menu (served from 5pm-7pm or 10pm-12am) priced at $38++ for 2-course and $48++ for 3-course. Set Lunch (11pm-2pm) costs $28++ for 2-course and $38++ for 3-course.f you're a fan of High Tea, they do have a High Tea Set (2.30-5.30pm) is priced at $32 per pax which includes 2 pralines, 2 pastries and 2 savouries based on restaurant's selection of the day.
As we wanted to choose our own food, we decided to go ala carte. The rest of the menu can be found here.
For starters, we ordered Classic French Onion Soup ($14). I got to say this dish is definitely a must try! It was my first time eating french onion soup and it totally blew my mind. Do not worry if you're not a fan of onion because this soup does not have the onion taste. The Parmesan Cheese infused with sweet caramelized onion and veal broth was simply awesome. As I am typing about this, I really do crave for it. 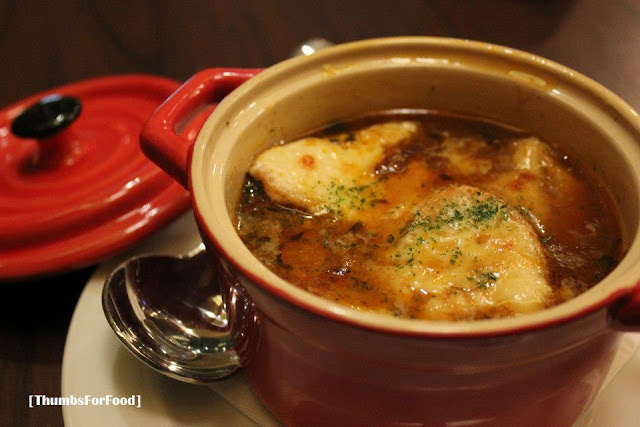 As my friend is a great Truffle Fries ($15) fan, we ordered it. The smell of truffle oil permeated the restaurant when we stepped in, so we were expecting some awesome truffle fries. It was served prsentably as shown below. I really like the detail on the paper holding the fries that read "Au Chocolat Times". It shows how much effort the owner placed into presenting the dish. Ok, taste-wise, I guess it was disappointing in relative to the smell. I guess it paled in comparison to the one we ate at Tanjong Beach Club. 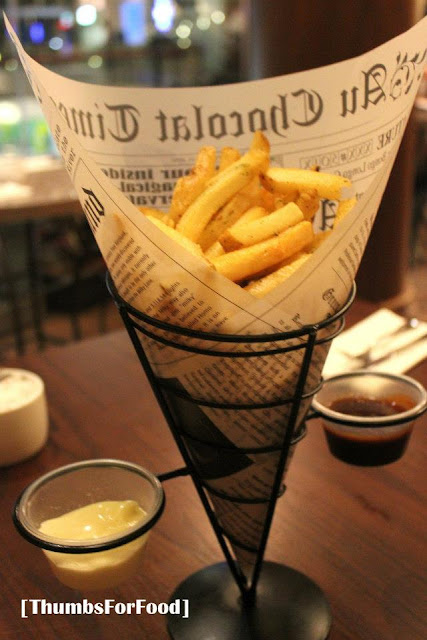 We ordered Au Chocolat Signature Burger ($25). For me, the description of a juicy portabello mushroom and cheddar cheese was the attraction for me. You have no idea how much I love mushrooms. Moving on, the portion of the burger can be described as large. I like that it came with salad as it balanced the dish better. The burger of the patty was a tat bit too dry. The portabello mushroom shrunk in size and thus was not as juicy as i envisioned. Overall, to me it was just an average burger served in a large portion. If you're hungry, this can be a good choice for you. 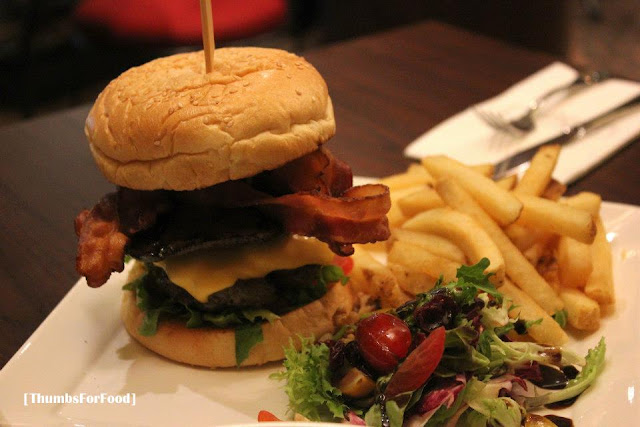 Duck Confit ($27) seems interesting from it's description on the menu. The tangy chocolate orange sauce was what caught our attention. Cut to the chase, the duck meat was too dry. The chocolate orange sauce, I felt was too little a serving to make a difference to the flavor of the dish. I got to say it's a pretty creative idea and the sauce tastes not bad. But I guess if I'm looking for good duck confit, this would probably not be on the list. 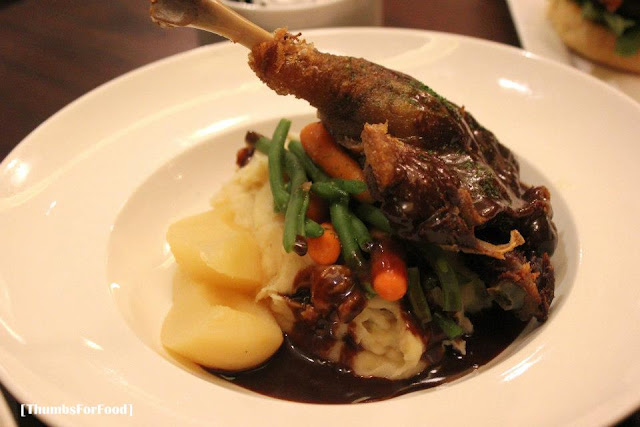 The desserts there range from about $7 onwards. Honestly, I can't remember the exact price. We chose three desserts. The first one was a Caramel Macaron. As you can see from the photo below it is really huge as compared to your normal-sized macarons! The shells of the macarons were crisp The caramel filling was a little too sweet for me. As I am not a fan of macaron, I find that the macaron was alright. It is good for sharing. 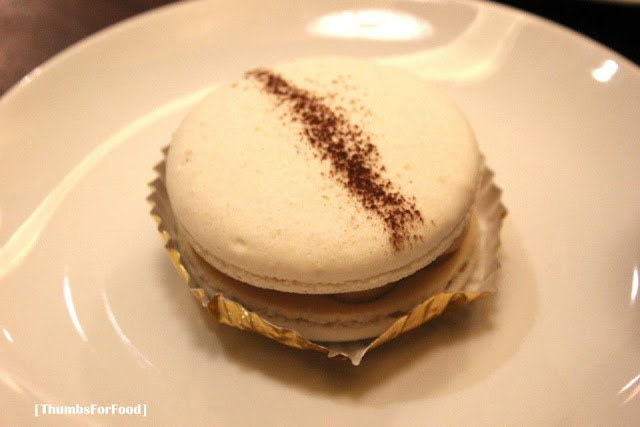 We ordered a Chocolate Praline and Carrot Cake Cheesecake as well. The chocolate praline was generally tricky to eat due to it's hard surface. As I am a fan of dark chocolate, I like that it was richly dark. The Carrot Cake Cheesecake was far too adorable. The little carrot on top was too cute to be eaten. Taste-wise, it was quite disappointing for me. I felt that it was rather bland. Maybe because I ate the macaron that was sweeter which covered the cheesecake flavor? Personally, I would prefer cheesecake that boasts a richer cheese flavor. I guess just eating these 3 desserts alone is not a true reflection of their desserts. 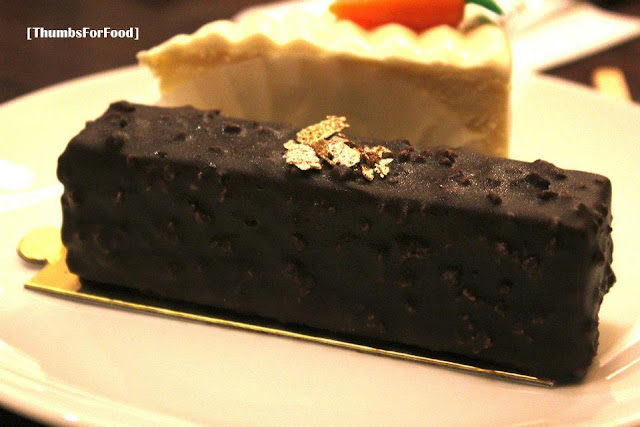 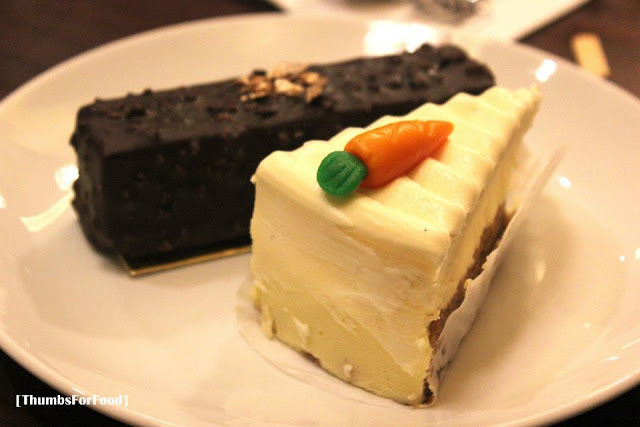 I must say that the service was commendable! The waiter served us with smiles and was very attentive and friendly. Refill of iced water was done promptly as well.
A point to note is that our ratings are based on what we ate. I heard the crepes and sweet potato fries are good! If you have eaten from Au Chocolat and have recommendations do let us know so that we can try it! Perhaps, if chance permits, I would try their other dishes! I'm sure I would not be able to resist their other cake selections if I were to be in the area.
Our Ratings: 6.7/10
Must Tries: Classic French Onion Soup, Desserts

Tip: Reservations can only be made through www.chope.com.sg

For some Fast Facts about Au Chocolat and what to anticipate you can click here.