Windowsill in the Woods | ThumbsForFood

Windowsill in the Woods located in Jalan Besar scores not only for it's cozy ambience and garden-like decorations, but, also for it's delicious pies and food.


The first thing you would notice upon stepping into Windowsill's door is the variety of pies placed in the glass cabinets. It's another reason why the entrance was often crowded and clogged up. Who could resist not stopping in front of the glass displays and take a look at the colorful pies that are lined up in there?


I found this part of the cafe particularly alluring. The outline is a house with full length windows which allowed natural light into the cafe. For those who would like a touch of al fresco feel in the comfort of cool air, this would be the corner you would look for. 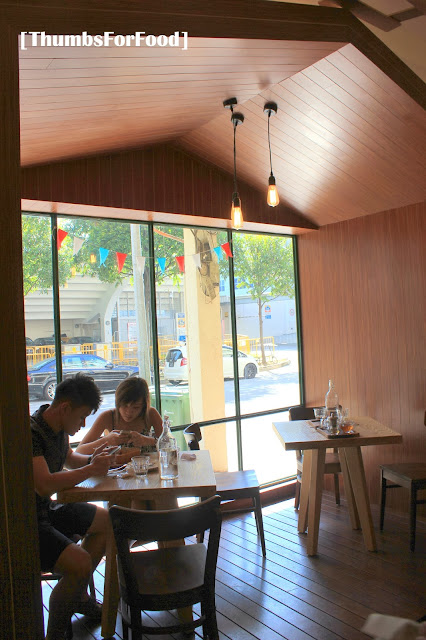 Windowsill in the Woods also offers a selection of Gryphon Tea. I appreciate cafes that serve up a variety of floral, black and green tea as they allow patrons who favor tea over coffee more choices.

We chose the Aloe Vera Rooibos. Just to share with you the benefits of Rooibos! It helps in circulation, has antioxidants and prevents certain types of cancer. A pot of tea is good to share among 3 people and you could ask for refilling of hot water. I find drinking from a transparent glass particularly calm and soothing.

We were recommended Smore's Pie ($8) and Strawberry Lemon Meringue Pie (about $7.50-8). I got to say, we swooped up the pies within a short time. It is difficult to find good pies in Singapore that has both good crusts as well as fillings and toppings. So, when we tasted Windowsill's pies, we were blown away.

Smore's Pie (right of the picture below) is made up of a chocolate layer infused with some marshmallows near the best and topped with roasted marshmallows and graham biscuits. The pie was not too sweet and the chocolate was not overpowering. Even though I am not a fan of chocolate, I would say that I could easily down 2 pies on my own.

Strawberry Lemon Meringue Pie (left of the picture), is made with a lemon layer infused with some strawberries near the base and topped with some torched meringue. What I like is that the lemon layer was not too sour. It was smooth and when eaten with the strawberries and meringue, was a perfect combination. Personally I like Lemon flavor but some lemon tarts and pies tend to overdo the sourness of the lemon. But, Windowsill could create a good balance.

The pies are a must-try for those heading to the cafe! They do take online orders for their pies for those who would like more to savour in the comfort of home. Orders can be placed at their website.


Usually, a cafe that serves good desserts would have mains or savory items pale in comparison. So, when I tasted the savory items, I was quite surprised that it was really delicious. Maybe it was the choices that we made, but, I would definitely recommend patrons to also try them out! For those looking for a place that has both delicious mains and desserts, Windowsill would be a must-try. 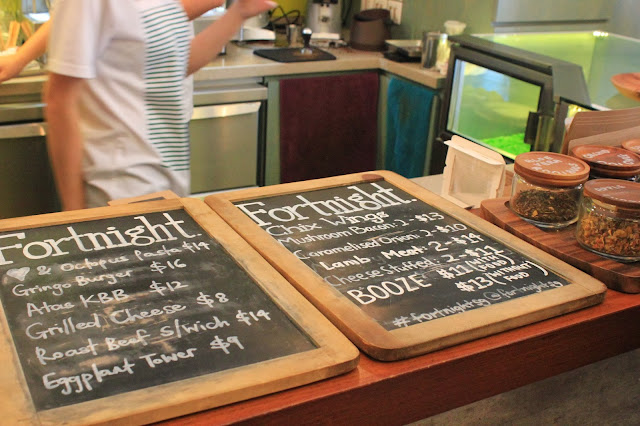 Atas KBB ($12) caught our eyes when we looked at the menu. What is KBB? It's actually Kung Ba Bao! For Chinese, it would probably be a familiar term as we eat Kung Ba Bao mostly during Chinese New Year. It is actually buns that are wrapped with pork. Traditionally, steam buns with braised pork. So, it really intrigued us as to how Atas (aka High Class) KBB would turn out.

As you can see below, Windowsill took a traditional item and turned it into something chic, creative and different. Firstly, instead of steamed buns, we were presented with golden-brown fried buns. Instead of the usual slice of braised pork, you could see that the 3 buns presented had different fillings alongside with the pork. It was a palate feast going through the three different concoctions and textures. For those who are up to try something new, I would highly recommend ordering this!


Chicken Wing (cheese stuffed- 2 for $11) was our next savory choice. They have other stuffings available such as Mushroom & Bacon (2 for $13), Lamb Meat (2 for $14) and Caramelized Onions (2 for $10). The portion was quite generous and the wings were topped with tomato sauce. My friend suggested that they could have some spicy options for those who enjoy spicy wings.

The cheese-stuffed wings were delicious but I felt that the tomato sauce could be placed at the side instead of on top of the wings for it made the skin a little soggy. I appreciated that they served the wings with a portion of greens as it provides some balance to the sinful chicken.

In a nutshell, Windowsill in the Woods is a great cafe to hangout with friends not only for the ambience, but, also for it's pies and it's food. If you are in the area, you can swing by to Tiramisu Hero Cafe too! 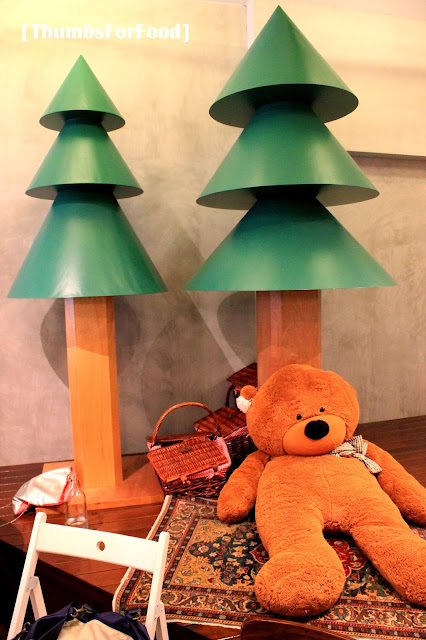 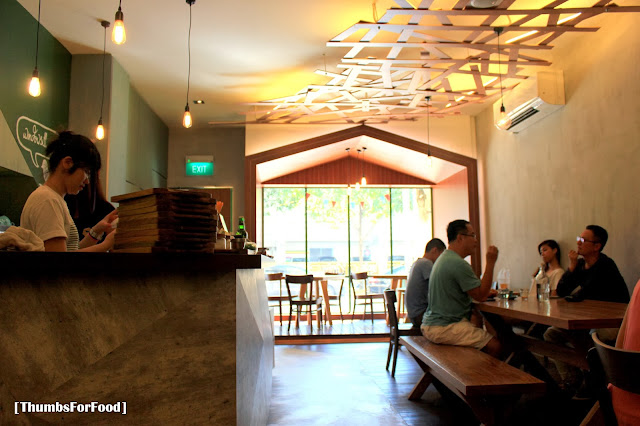